Having three days off every other week gives me the opportunity to do a little more traveling than I used to, so in preparation for a major lifestyle change this fall, I headed down to Arlington, VA to look for apartments and visit some friends who live down there.  A few meals and a trip to the National Gallery later, I was soaked to the bone after three days of non-stop torrential rain, but very excited at the prospect of moving to the DC area.

I arrived Monday early afternoon and immediately headed out to the Courthouse neighborhood where my friend Joe, who I was staying with, lives, and after dropping my bag at his apartment we grabbed some lunch at Astor Mediterranean.  A little Greek/Middle Eastern joint that has two locations, one in Courthouse and one in Adams Morgan, they offer the typical food you would expect at a restaurant of this type, served quickly and without fanfare, at surprisingly good prices.  I ended up going there twice, needing a quick bite to eat on Tuesday as well.  Both times, I got a lamb gyro, which with a drink cost only about $9, a good deal considering how large, and good, they were.  Served wrapped in a large, delightfully chewy grilled pita, the lamb was carved directly off a large upright spit, and the vegetables (lettuce, tomato, cucumber, and onion) all tasted fresh and appeared to be of good quality.  The tzatziki was very good (though who has ever had bad tzatziki, really?), and everything meshed nicely.  All in all, it was a good lunch both days, enough food to fill me up but not enough to make me feel overstuffed, and it did not break the bank, something I was rather pleased about on a trip that was definitely more expensive than I had intended for it to be.

Monday afternoon and early evening were spent checking out five different apartments, and this involved a great deal of walking (in the rain...seriously, I was drowned by the end of the trip), so by the end Joe and I needed beer badly.  Thankfully, the bar Carpool in Ballston was near the last one we saw, so we stopped in for a couple drinks.  They do not have the best beer list ever, but with some Sam Adams and some Peroni on tap, we were reasonably satisfied.  Better yet, they have skeeball!  They also have a few dart boards and some pool tables, the former of which we took advantage of.

Following Carpool we headed to Clarendon, where we met an old friend from college at Fuego Cocina y Tequileria, an upscale Mexican restaurant which is part of a local restaurant group.  I am typically wary of the whole upscale Mexican concept, as typically it just means more expensive food that is no different than what you get at a little neighborhood joint, except probably not as good.  Fuego actually does it quite well, not trying to gussy up the food too much, but instead just serving really tasty, well thought out and well executed food in a nice atmosphere.  They provide endless baskets of chips with two salsas, a red and a green; the chips are made fresh, and you can actually still see the grease from it being fried on some of them, while the salsas taste freshly made.  All in all, a nice starter.  For my meal I had the Pollo en Mole Poblano (chicken with a green mole sauce), which was extremely good.  Chicken, especially boneless and skinless chicken breast, is among the more boring, tasteless foods on this earth, but Fuego's kitchen prepared this dish very well, perfectly seared on the flat top (a la plancha), and the sauce was spectacular, with just a little heat to it and a ton of flavor from the spice mixture and peppers they used to make it.  While I prefer moles that are darker and have the little bit of sweetness that is more traditional to the Yucatan and several other parts of Mexico, this was extremely well done and a nice change from the norm.  Entrees are also served with a side, and I went with the Platanos Machos, caramelized maduros deglazed with tequila topped by a "Latin crema," they were sweet and savory all at once, and reinforced my love of this particular fruit.  My companions were too full for dessert, but Joe said they have great churros.  I highly recommend this restaurant.

Tuesday night I met some more old friends at their apartment in DC, right next to the Washington Nationals' stadium, and then headed to dinner at Bluejacket, a new brewpub part of yet another local restaurant group.  This was some of the better food I have had at a brewpub, while the beer was also quite solid.  They offer about twenty five beers on draught, including five or so cask ales at any given time.  The menu is both extensive and limited at the same time, offering a fairly small number of options in each of its six categories (plus sides), but with ingredients that are both out of the ordinary for a brewpub and extremely high quality.  The food was very upscale, more befitting a trendy bistro, though I suppose gastro-pubs are becoming more popular as well.  We started by splitting an order of the house-made pretzels, which are really whole wheat pretzel sticks.  They were delicious, warm, soft and with just the right amount of chew on the inside, and a slightly crisp exterior; they were great on their own or with the dark, slightly spicy beer mustard they were served with.  For an entree I had Braised Lamb Belly, which came with fava beans, orzo, and some dollops of herbed ricotta.  This was perfect, except for one thing; it was too damn small!  We realized afterward that you are probably intended to order a side to go with your main dish, but honestly, I just wanted more of everything on my plate.  Even the fava beans were good, and I hate fava beans.  The lamb belly was fatty, juicy, succulent and just all in all delicious, perfectly cooked and perfectly seasoned.  Orzo, a simple pasta that I can typically take or leave, was elevated by whatever the chefs did to it, and combining the orzo with the ricotta, or the lamb with the ricotta, or...hell, anything with the ricotta, was spectacular.  This was, without a doubt, one of the best meals of my life, and I simply wish I had had more.  The beer I had, Lullaby, was pretty good as well, a casked Witbier made with lemon zest, lavender, and basil that was brewed in concert with a Swiss company I had not heard of.  It was light in body, but not flavor, and had a fruitiness that was surprisingly pleasant considering my general antipathy towards fruity beers.  My friends had the The Wake, a powerful coffee stout that tasted like an alcoholic espresso (aka, fantastic), and The Stowaway, a dunkleweizen that was only okay, though that could be just me, as I am not a huge fan of the variety.  This was by far the best meal of the trip, and I cannot recommend going there highly enough; I am beyond thrilled that it is so close to my friends' apartment, and I will be returning the next time I am in DC.

That was really the end of my culinary and/or beer adventures, but I did get to go to the Pentagon Wednesday, which was quite an experience; sadly, they do not let you keep your guest passes as a souvenir.  I did get to see the 9/11 Memorial, which is in the exact spot where the plane that struck the building actually impacted the Pentagon.  It is simple, understated, and quite well designed; like the 9/11 Memorial in New York City, I was very impressed by it.  Joe and I grabbed lunch there (Popeyes, one of the few fast food places I truly enjoy) after he gave me a brief tour, which included seeing just how many shops there are in the place.  I have also never seen so much brass in my life; we were in line at Popeyes just behind a two star general!

I followed my trip to the Pentagon with one to another American landmark, the National Gallery, which I wandered around for an hour or so until my feet started to hurt.  There were a great many beautiful works of art, and far more that I did not particular see the appeal of, but it was interesting to see the different styles and the progression of art over the last few centuries.  Below are a couple of my favorite pieces that I saw, though some that I really like had signs banning photography, most likely because people using flashes had degraded the artwork already.  The Smithsonians are a legitimate national treasure, and while I am firmly in the libertarian camp when it comes to politics, I am more than happy to have tax dollars spent on them, and I wish more people, especially children, had the opportunity to visit them. 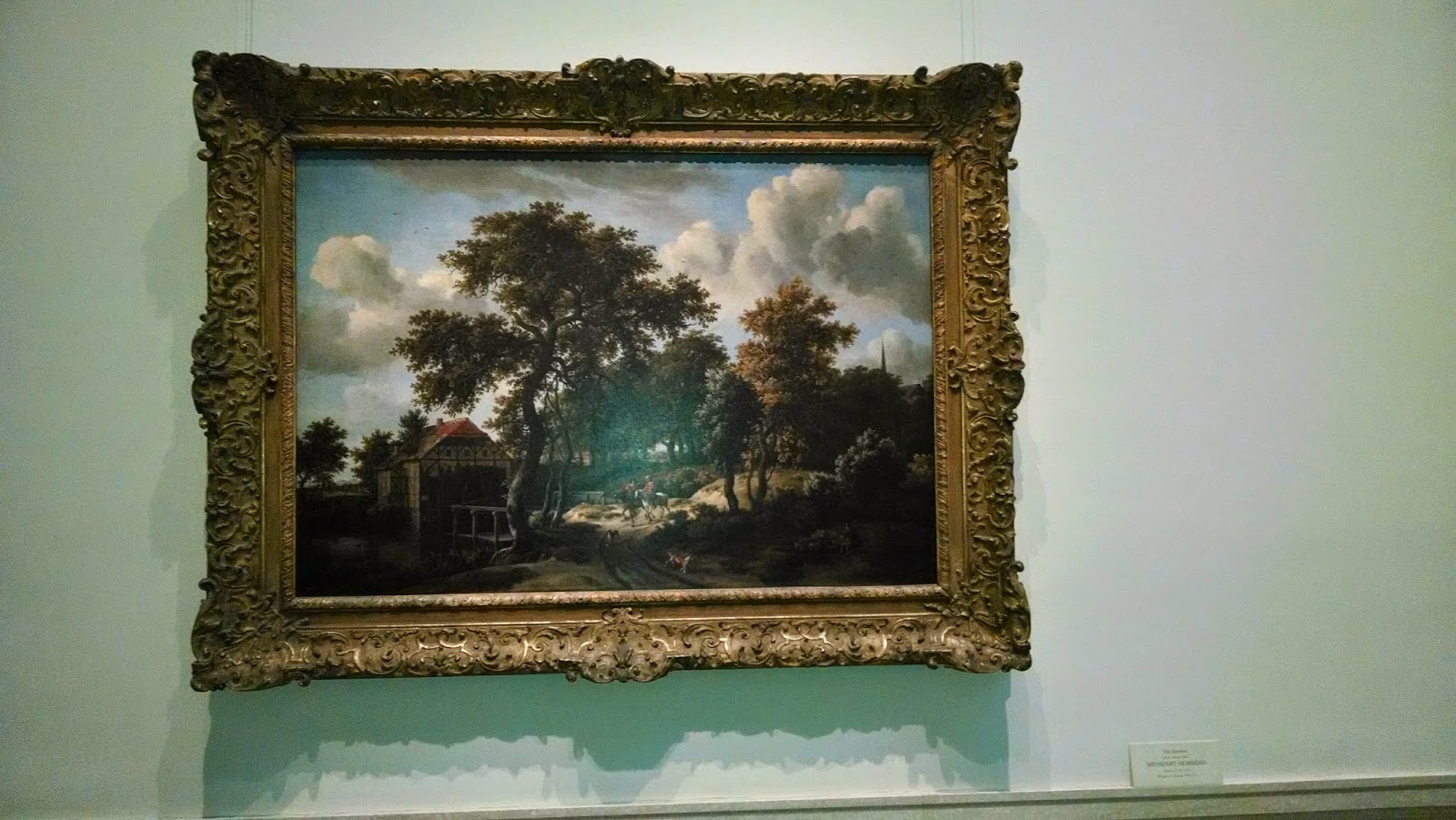 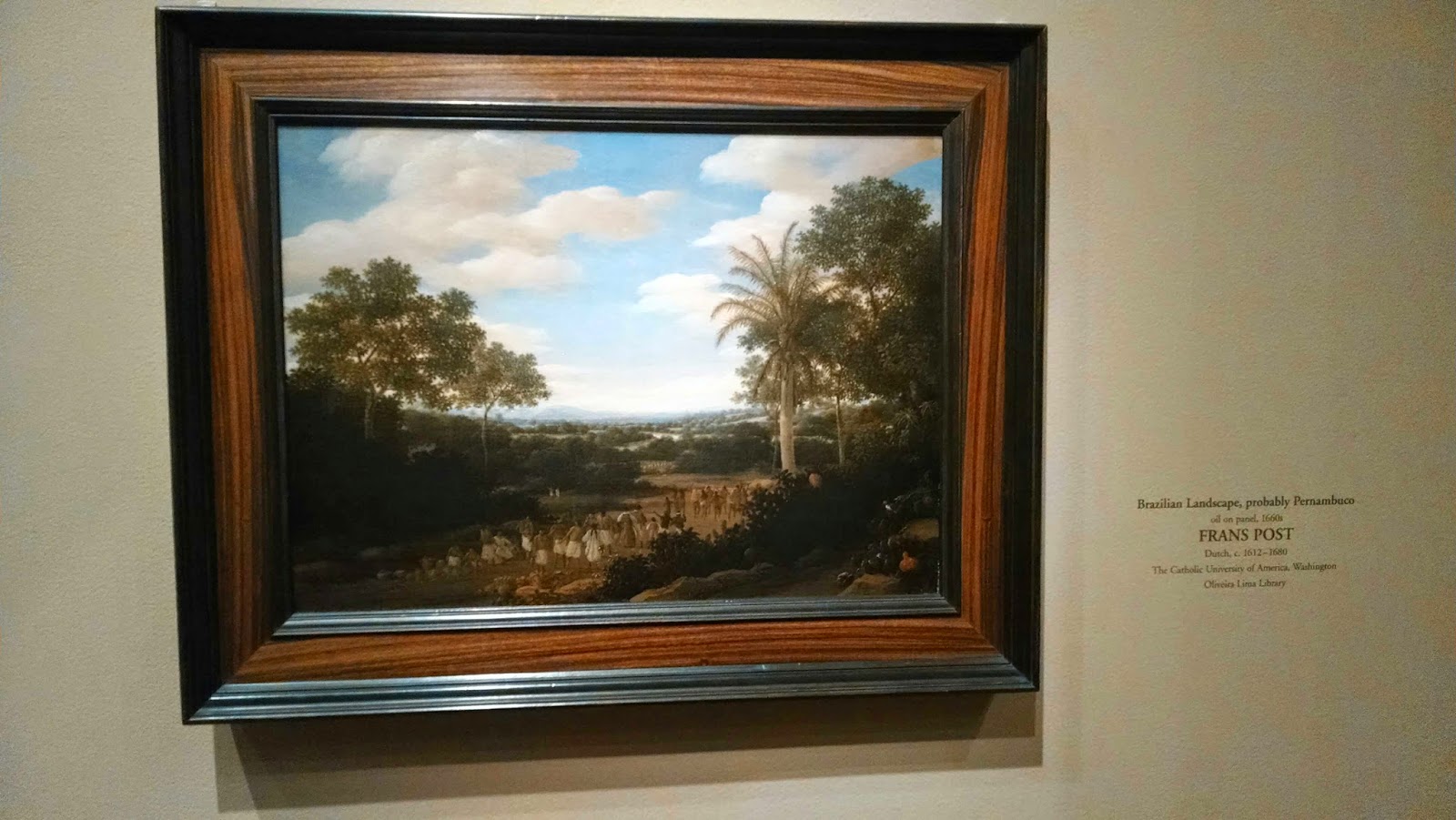